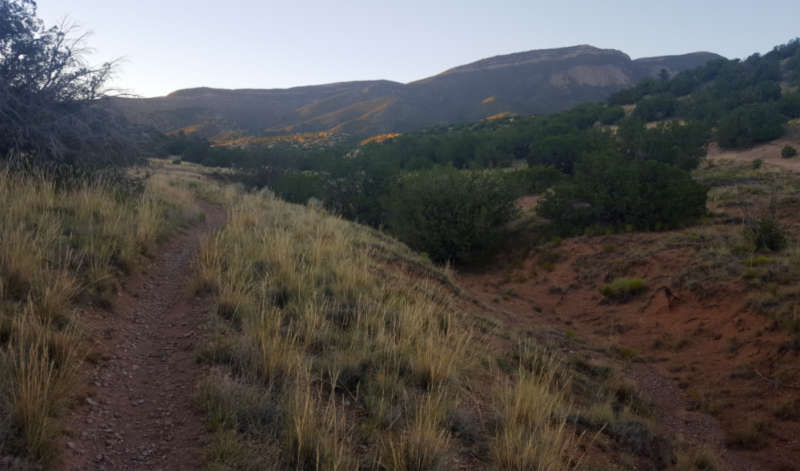 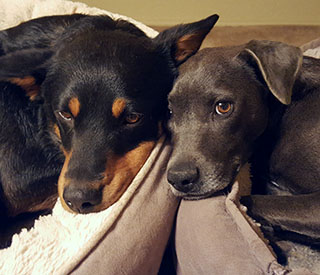 I’ve been an independent web designer / developer full-time since 1999 when I moved to New Mexico. Before that, I worked as a marketing communications director for a couple of corporations; before that, was an art director; and before that, a teacher and wrestling coach.

Most of my free time is spent in outdoor activities; hiking almost daily with my two dogs, but also mountain biking or road cycling a couple times a week. I volunteer with a local therapeutic horsemanship organization, mostly caring for the horses, but occasionally working with riders.

Things I used to do: I was an avid whitewater boater (open canoe and raft), but several years of drought in New Mexico made it difficult to keep my skills sharp, and I’m now dangerous in water above class III. I’ve also had to stop calling myself a painter, as it’s been a couple of years since I’ve picked up a brush.

Two young grandkids who live on the east coast keep me entertained and concerned about the future. I’m more interested in politics than I’d like, but at this point it seems irresponsible to ignore it.

I love good coffee and single malt — on weekends, possibly together in the same cup. I do NOT like piña coladas, but I will walk in the rain, if it comes to that.

I usually make a to-do list for the next day before going to bed, so I wake up thinking about what I want to do right after I finish my first cup of coffee (priorities). Apart from that, my dogs have definite ideas about when it’s time to get up and get breakfast.

I think it would be cool to be a ferris wheel operator. While waiting to break into that, I love what I’m doing. I named my company Evolution Web Development (Evo for short) because I knew we’d have to keep evolving to provide web-based services, and in the 20 years since, that’s certainly been the case. There’s always something to learn, and I love that. It’s also one of the things I love about ClassicPress Forums and Slack: I can listen in and learn about stuff of which I had little or no idea.

I’d been hoping for a CMS-oriented WordPress fork for a couple of years, ever since it became clear around 2016 that WordPress was not, after all, going to embrace its potential as a professional CMS (2012-2014, it seemed like they would). So I was already on the lookout for a fork that looked like it would succeed, particularly after it was announced the block editor would be integrated into core. A big part of what I sell is ease-of-use and efficiency for adding and maintaining site content, and the block editor seriously undermines that approach.

I checked out the CP Forums and Slack, and the people involved all seemed pretty open, welcoming, and ready to share. I made an argument that ClassicPress should focus on the business and professional website market (and there was an argument/discussion; not everyone agreed we should define our primary market), and I was invited to join the Founding Committee shortly after. The main points of my side of that discussion are available in a blog post.

Little by little, I’m converting all the sites I manage (more than 50) to ClassicPress, and since January 2019, I’m only building new sites on ClassicPress. So, I’m ‘all-in,’ staking my livelihood on its success.

I try to avoid work in which ‘cheap’ is the primary consideration. I work best with clients who know what they want (or will listen to recommendations), and who understand that the time and expertise required to get what they want deserves reasonable and fair compensation. I could go off here about the commodification of design and development, but that’s a rant, so let’s not. Done fast (if needed) and done well (always) is what I try to deliver to clients.