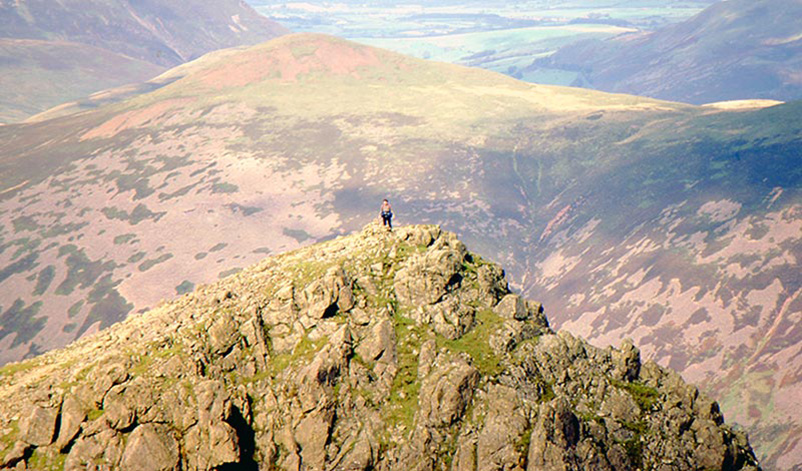 ClassicPress Slack Handle: 1stepforward
ClassicPress Forum Handle: 1stepforward
Social media handles: I don’t really do social media. It’s a breeding ground for trolls, haters and attention seekers imho. Having said that, I do recognise that social media can be put to good use and is still essential for many businesses. I recently created a Facebook shop that syncs products with WooCommerce.
Website: Yes, I must get around to doing one. Thanks for reminding me.
Where in the world are you located? England, UK

I’ve worked in IT for around 30 years and started out in sys admin / tech support looking after Unix (and other) systems. I recall the first PC I used had a massive 10MB hard drive and then, for a laugh, I went and doubled it by adding a second 10MB drive. Everyone said “Why have you done that? We’ll never need that much space!”. Then 2 or 3 years later, different company, different PC, I purchased a 1GB SCSI hard drive that cost £1000 ($1200, €1100). That was roughly 28 or 29 years ago and for that sort of money nowadays, I could probably start my own data centre!

I’ve always been a techie at heart, but not long after moving to another organisation, I found myself in the world of IT management. After a series of promotions, I became IT Manager, Head of IT and, from 2000 to 2009, IT Director. I was also a Chartered IT Professional and Member of the British Computer Society. You may think that this must have been the highlight of my career and in many ways it was but I really disliked dealing with all the politics and I also missed the technical stuff. So, by 2009, I decided I needed a change.

And that’s how I ended up doing what I do now, working from home as a freelance web developer. And I haven’t regretted it for a single second. Not only do I get to design and develop websites, but I also manage my own VPS, so my technical skills are still very much alive. I’ve also developed a couple of apps for iOS and Android and have become quite proficient in applications such as Photoshop, Illustrator, InDesign, Premiere and After Effects.

SEO is another area of expertise and actually takes up quite a bit of my time. I use SE Ranking [*] to help, which I find invaluable. It’s an all-in-one SEO software solution with some powerful features and it’s also quite a bit cheaper than many of its competitors. Well worth a look in my opinion.

As for hobbies. Sadly, I don’t do much now. I used to be a very keen hillwalker and runner so I was pretty fit. I loved being in the hills and I’d be out at weekends in all kinds of weather. If I could go a whole day without seeing anyone else, then so much the better. But a few years back, I developed a chronic back condition which put an end to my days out in the hills.

I do also love listening to music and that’s what I do while I’m working. I’m a metalhead through and through and always have been. As a young kid, I’d be listening to the likes of Black Sabbath, Deep Purple, AC/DC, Motorhead and the Canadian rock band Rush, one of my all time favourite bands. Brilliant musicians. Now I listen to Iron Maiden, Slayer, Metallica and lots of other heavy, thrash and death metal bands as well as a bit of classical such as Handel, Beethoven and Mozart.

I love animals too and have been vegetarian for over 30 years. I have a pet rescue dog who is absolutely bonkers, is terrified of virtually everything and has OCD, but she is just so lovable.

Why did you pick these photos of all photos?

Hill walking and music have always been a large part of my life away from work. I’m actually in both pictures. From the peace and quiet of the hills on a sunny, hazy day, to a rainy, open air music festival. Two extremes. Both pictures show that we’re all tiny creatures in an endless universe.

Normally my natural body clock. Or the birds. I love hearing the first birdsong in the morning.

I never set an alarm but I’m a morning person so I’m usually up early. I start working as soon as I’ve got my coffee sorted.

When I was hill walking, in the early pre-internet days, there was a telephone service you could ring to find out the weather forecast and conditions under foot for the hills in the English Lake District. In order to provide this service, a small team of “assessors” would take it in turns to trek up and down Helvellyn (one of England’s highest mountains) every day. I always thought that would be such a great job.

I was also good at cricket and dreamt of playing for England one day.

Meanwhile, back in the real world, I’d wanted to work in IT from a very early age so I guess I’m doing my “dream” job already.

Well, I’ll be honest. I’ve never been the world’s biggest fan of WordPress. I started developing websites using CodeIgniter and then PyroCMS as well as OpenCart for e-commerce sites. But one day, I got asked to take over an existing WP website and it came as a bit of a shock. As a developer, it seemed so restrictive compared to what I’d been used to. The concept that everything was a post seemed bizarre, as did filters and actions, but I’d already tried Joomla and Drupal and really didn’t like them either. But, with hindsight, this unexpected introduction to WordPress probably came just at the right time. Development of CodeIgniter had stopped (but has since been picked up by the British Columbia Institute of Technology) and, as PyroCMS was itself based on CodeIgniter, that stopped too (although it has since been completely re-written based on Laravel). So, somewhat reluctantly, I started using WP for all of my new websites.

I won’t go into details here, but there were many things I disliked about WordPress, the community and the people behind it all. I had never accepted that WP was my CMS of choice and was always looking at other platforms. But the defining moment for me was, of course, Gutenberg. I gave the new editor a real good try and was quite convinced that I’d get used to it. I tested it while it was still in beta and continued to test it for weeks after its official launch. But my initial opinion of it never changed. I hated it. It seemed so unnatural, cumbersome and, to use the word I used earlier, very restrictive. Everything seemed to take a lot more effort, even writing simple text. I set up a test site and asked a few clients to check it out for a few weeks. Sure enough, they hated it too – for exactly the same reasons as I did. I was beginning to despair.

I think I first heard about ClassicPress on a well-known WordPress news site and I thought “Hmm. Interesting. Perhaps there is hope after all.”. I joined the forums in December 2018 but I mostly just sat on the fence and watched what was going on. I’ll freely admit to being quite reluctant to commit at first. I had 20+ websites running WordPress at the time and also had plans to convert a further 15 or so that were running on other systems (e.g. OpenCart, PyroCMS, Magento). It seemed such a daunting prospect and yet I desperately wanted it to happen. I really did not see a future in WordPress.

But I was very impressed with what I saw on the forums. Everyone was enthusiastic and many had already migrated their sites to CP. So, this gave me the push I needed to stop prevaricating and to commit to it fully. I started to take more of an active part in the forums and, following discussions with James, it was agreed that I take on responsibility for developing a core SEO plugin, Classic SEO.

I was already working well over 80 hours a week but I turned down a couple of jobs and let a couple of existing jobs go, just so that I could make a bit of time to work on it.

That might sound a little harsh or foolish even but the way I see it is that ClassicPress is my future and WordPress is my past and what I’m doing now is investing in my future.

Well, in addition to working on the SEO plugin, I have also contributed to the revamp of the ClassicPress website. Very soon, I hope to be helping out with core development too. In addition, I was instrumental in Installatron adding support for ClassicPress.

Without a doubt, ClassicPress will become my CMS of choice. We have a great opportunity here to create a silk purse out of a sow’s ear. The community is great and doesn’t suffer from the same issues that exist elsewhere. It’s also got a great core team behind it unlike the “other system”. It’s not going to be easy and I think everyone realises that. Let’s face it, launching any new CMS is always going to be difficult.

But I am confident that there are some good, dedicated people behind it and that gives me great hope.

It will take time and it’d be great if we could get some major backers because I do truly believe that CP is going to be way better than WP ever has been or ever will be.

I have always worked methodically and believe in doing the best I can at whatever I do. So I am not necessarily the fastest of workers.

My philosophy is that if something is worth doing, it must be “done well” every time. But at a price that is fair to everyone. And as quickly as possible without compromising quality.

This article contains affiliate links which we have identified with [*]. ClassicPress receives a small commission for any sales made through such links – at no extra cost to you. All income received through referrals goes towards the upkeep of the ClassicPress website.